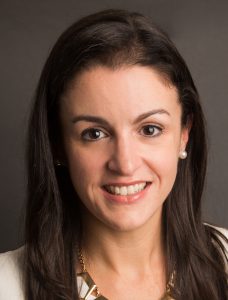 Christine Portela has left NBC and Telemundo to take on the position of Director of News Operations for the Univision Station Group, reporting to Chris Peña. She continues to be based in Miami.

She starts at Univision on Monday, March 20.

Although she is coming in with a different title, Portela essentially takes over the role left vacant by Sussy Ruiz, when she resigned in November of last year for a job as Assistant News Director at Telemundo Houston.

In her new role, she’ll work closely with Univision station local news directors and executive producers in the planning and execution of group-wide news gathering and production initiatives and will play a lead role in coverage of breaking news.

Prior to joining Univision, Portela was a Senior Producer for José Diaz Balart’s daily MSNBC show since 2014. When Balart’s cable news show was cancelled, Portela continued to work for the NBC Miami bureau, also working for Telemundo news.

With the exception of spending one year as a line producer at Fusion, Portela had mostly worked in multiple producer capacities for WTVJ 6, NBC’s O&O in Miami, since 2005.