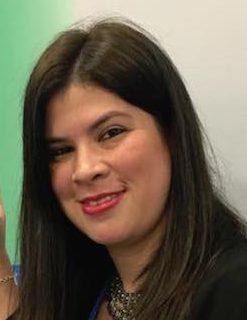 Sussy Ruiz, who resigned from Univision just three weeks ago, has started a new job as Assistant News Director at Telemundo’s KTMD in Houston. Today was her first day.

She replaces Andrea Ospina, who left the position in September to take on a new role as VP of Local News for KRCA-62 in Los Angeles.

Ruiz was most recently Regional Manager of Broadcast and Digital News for the Univision Television Group, based in Miami. She had worked for Univision for almost 15 years.

The move marks her return to Houston, where she previously worked as Executive Producer for competitor Univision KXLN 45 from 2012 to 2014.

In a Facebook post this evening, she thanked friends and colleagues for their support, but addressed one specific person – Univision Houston’s news director.

“To my dear Martha Kattan, who you all know has been my mentor for years, it is an honor to have you as a direct competitor. I undertake my challenge with a lot of respect and humility, but with great determination and dedication.”