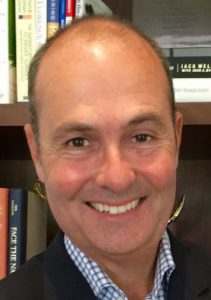 TEGNA has hired former Univision and Telemundo stations exec Mike Rodríguez as President and General Manager of its CBS affiliate WTSP in Tampa.

A consultant for the past several years, Rodríguez was VP and GM of Miami’s Univision 23 from 2012 to 2014.

He previously spent 10 years at Telemundo in multiple management roles, starting as VP and GM of Telemundo 51 in Miami from 2002 to 2007, before getting promoted to SVP of Telemundo Network Sales and Marketing.

In 2010, he moved on to a role as EVP, Development, Distribution and Broadcast Operations.

Rodríguez began his television career in sales at CBS Television.