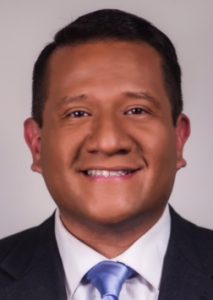 Carlos Correa has landed a new job as Stockton Bureau Chief for KOVR, the CBS O&O in Sacramento.

His first day at KOVR is April 17.

Correa had been an MMJ at CW6 San Diego for the past two years.

He is one of about 20 Latino news, production and station staffers who lost their jobs after Televisa-owned XETV lost the CW affiliateship and shut down news operations.

“CW6 San Diego shutting its news department was very sad. Staff members stood in a circle with tears in their eyes as we were told the news. The tough part afterwards was having to go out everyday and put a story together knowing we only had a short time. It was a very stressful time for many of us,” Correa tells Media Moves.

“The last week people were doing more than one job. For example, I was an MMJ, fill-in anchor, writer and web editor all in one. And I loved every part of it because I was doing what I like, working with people that I like…and that I will miss dearly.”

Correa previously worked as reporter and anchor for KERO, the ABC affiliate in Bakersfield, from 2012 to 2015.

Before that, he worked as a news director and anchor for KRWG, the PBS/NPR station in the Las Cruces/El Paso market.