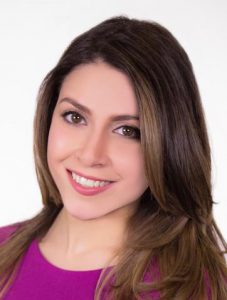 Univision Houston will have a new weeknight co-anchor starting next Monday, April 24.

Marcela Pérez Barros will share the anchor desk with Raúl Peimbert Monday through Friday at 5 and 10 pm.

She replaces Michelle Galván, who left the station in February to become co-anchor of Univision network’s “Primer Impacto” news magazine.

Pérez Barros joins the Noticias 45 Houston from Univision Chicago, where she had been a reporter since July 2015, leaving the station the first week of April.

She previously worked as a journalist in Chile for Imagen View TV and as an economic reporter for Diario La República in her native Colombia.

Her addition to Univision Houston comes shortly after a massive way of nation-wide layoffs that cut multiple jobs at the station, affecting among others,  sports anchor Enrique González, reporter Angélica Gómez and cameraman Mauricio García.