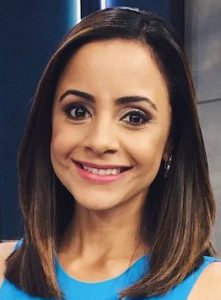 Crystal Ayala has started a new role as co-anchor for Noticiero Telemundo Houston at 4, 5 and 10 pm, alongside Martín Berlanga.

She started her new role on Monday, June 5.

Ayala, who joined the station in 2015 as consumer investigative reporter, was named anchor of Telemundo Houston’s new weekday 4 and 4:30 pm newscasts last year.

Prior to joining Telemundo, she was an investigative reporter at Univision Houston. Before that, she spent three years as morning anchor at Univision Dallas.