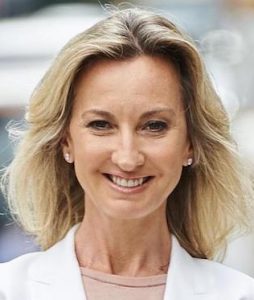 Univision has promoted Tonia O’Connor to the newly-created role of Chief Revenue Officer (CRO), effective immediately. She’ll continue to report to Randy Falco, President and CEO and remain based in New York.

In her new role as CRO, O’Connor will consolidate oversight of all of the company’s revenue streams under one content monetization strategy. She’ll also develop opportunities that bring scale to new formats, seeking to advance consumer engagement and create a more effective overall experience for marketers and distributors.

Among her first actions as CRO, she’ll appoint a successor to Keith Turner, Univision’s President of Advertising Sales & Marketing, who announced his plans to retire at the end of 2017, and to lead the transition for the advertising sales & marketing team.

Since joining the company as EVP of Distribution Sales and Marketing in January 2008, O’Connor has been promoted several times to roles of increasing seniority. She led the creation of the Univision Creator Network and led the launch of Univision’s direct to consumer subscription video service, Univision NOW.

Prior to joining UCI, O’Connor spent more than a decade with Gemstar-TV Guide, where she served in a number of roles, including as EVP of Distribution.