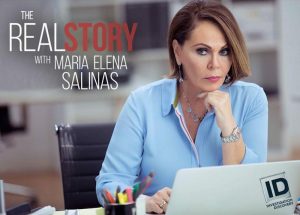 Just days after María Elena Salinas told viewers on live television that she would leave her job as Univision anchor at the end of the year, Investigation Discovery announced it has renewed her English-language primetime newsmagazine.

Season 2 of “The Real Story With María Elena Salinas” will premiere in 2018, keeping the anchor on the air after her departure from Univision.

“The Real Story,” her first English-language series, debuted in April.

Salinas, the longest-running female news anchor in the country, says “the show’s renewal had nothing to do with my decision to leave Univision,” and insists she had been thinking about leaving her current job for years to focus her time on other interests.

She shares why and how she made the decision to leave and what she aspires to do professionally once she leaves Univision – her home for the past 36 years – in an exclusive interview for Forbes.