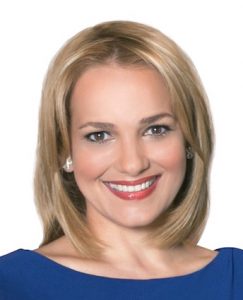 After almost 10 years at WNJU Telemundo 47, anchor Yaima Crespo is no longer with the station. Her last day was yesterday.

A WNJU spokesperson would not address the reason for her departure, issuing a two-line statement: “Yaima Crespo is no longer employed by Telemundo 47. We wish Yaima the very best in her future endeavors.”

Crespo was most recently anchoring the 5 and 5:30 pm weekday newscasts with station newcomer Edgardo del Villar.

With her exit, Nilda Rosario, who previously co-anchored the 5 pm with Crespo, will again anchor the 5 to 6 pm newscasts in addition to her 6 and 11 pm duties.

Since Crespo joined WNJU-47 in 2008, she worked as a general assignment reporter, morning and weekend anchor, before moving to the weekday afternoon newscasts.

She previously worked as an anchor for “Tu Pulso” a Sunday morning public affairs program on Telefutura. Before that, she spent 5 years as a producer and reporter for Univision in Miami.