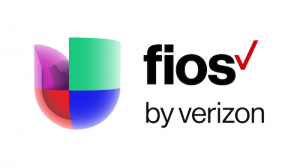 Univision is accusing Verizon of pulling its signal from its cable service FiOS and mobile platforms “entirely without warning,” leaving 4.7 million of its customers “without access to the news, information and entertainment they rely on.”

The blackout started at 5 pm EST on October 16, 2017, just when Univision’s carriage deal with Verizon was set to expire.

“Verizon chose to take this unprecedented action despite Univision’s offer of an extension of the current agreement. In light of recent natural disasters and current events impacting the Hispanic community, we are surprised and deeply concerned that Verizon would remove us from its systems – and without warning to its customers. We urge Verizon to put Univision back on and come back to the negotiating table and prove its commitment to the Hispanic community and show that it understands the value of Spanish-language programming,” Univision said in a statement.

Verizon is telling its customers that Univision is seeking a carriage price increase more than the network’s content worth. Verizon says Univision rejected their offer and by doing so, the service provider no longer has the rights to air any of Univision’s networks.

“Univision​ ​is​ ​proposing​ ​an increase of more than double what they charge for access to their channels today. In addition to the unfortunate timing of this excessive price increase, we believe the appeal for Univision’s programming is waning given their reported declining​ ​viewership. We’ve provided Univision a reasonable offer to continue providing our customers access to their channels. Unfortunately they rejected that offer and as a result we no longer have rights to bring them those channels. This is the same tactic Univision has used with multiple cable providers this year and last year,” stated Verizon.

Verizon refers to Univision’s carriage disputes with Charter earlier this year and with AT&T Uverse in 2016.

Verizon offers more details and updates about the dispute with Univision on its site, suggesting their customers subscribe to the Univision NOW mobile app to access their shows, while an agreement is reached between the companies.

They’re also offering customers free access to WAPA America and TV Dominicana to get updates on the post-hurricane crisis in Puerto Rico.