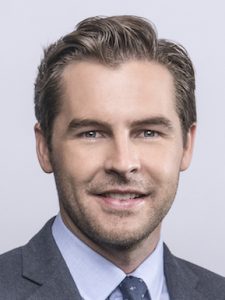 Julio Vaqueiro, currently anchor at KVEA Telemundo 52 in Los Angeles, is leaving the station to become weekend anchor for the network.

He’ll be replacing Luis Carlos Vélez, who exited the network in August after a year as the network’s weekend anchor.

Vaqueiro will relocate to Miami, where he will co-anchor “Noticias Telemundo Fin de Semana” on Saturdays and Sundays at 6:30 pm ET alongside Felicidad Aveleyra.

His last day as co-anchor at KVEA is October 20.Telemundo has yet to announce the date of his on-air debut on the network’s weekend newscast.

Vaqueiro joined Telemundo 52 in 2013 as a morning anchor in 2013, before getting promoted to the 6 and 11 pm newscasts. Before that, he was a Mexico City correspondent for Telemundo network’s “Al Rojo Vivo con María Celeste” and “Noticias Telemundo.”

He previously worked as an editor, reporter and news presenter for Efekto TV in Mexico City.