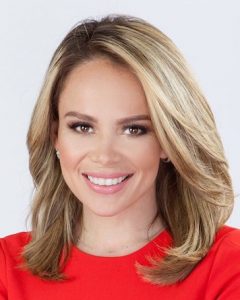 Gutiérrez joins Telemundo Chicago from Los Angeles where she spent 7 years at Estrella TV’s channel 62, starting as a producer and working her way up to anchor and special assignments reporter.