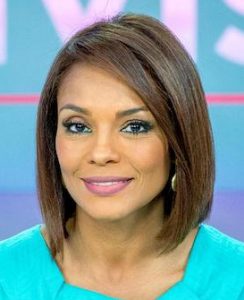 Her appointment makes Calderón the first Afro-Latina to anchor a weekday primetime newscast for a major broadcast network in the United States.

Calderón has been co-anchor of “Noticiero Univision Edición Nocturna” at 11:30 p.m. since 2010.

She debuts in her new role on Monday, December 11.

Calderón talks about the significance of taking over from Salinas and about being the first black anchor on Univision’s newscast in an exclusive interview on Forbes.