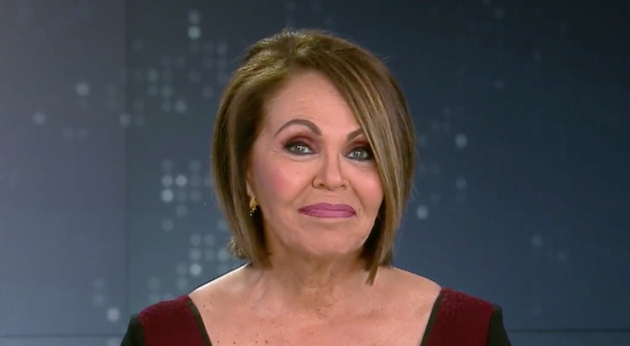 María Elena Salinas ended her run at Univision as the longest-running female anchor in the United States.

Over the past week, Univision did a week-long tribute to the departing anchor, who began her career at Univision’s KMEX 34 in Los Angeles, before co-anchoring the  network newscast with Jorge Ramos, starting in 1987.

Earlier this year, she signed a deal to host and executive produce her first English-language show on Discovery ID. Her series debuted in April and was picked up for a second season to air in 2018.

Salinas announced in August that she would be leaving Univision, on her own terms, to explore new projects.

During her final newscast on Friday, December 8, which Univision livestreamed on Facebook, Salinas delivered a two-minute farewell message giving thanks to Univision for “the privilege of being part of this group of committed professionals who helped shape this company since its inception and turn it into what it is today,” as well as to all the colleagues she worked with during the past decades. “I will miss them, but I feel blessed to have been part of the Univision family.”

She ended her message thanking her loyal viewers, those who supported her throughout the years, and those who didn’t, because “they made me stronger and brave….Believe me, I’m taking with me a lot more than what I’m leaving behind.”

The farewell continued after the newscast, on a multi-cam Facebook live, where Jorge Ramos and news VP Daniel Coronell paid their own tributes and included a cameo by Guillermo Martínez, who paired Salinas and Ramos on the anchor desk.

You can watch the post-newscast speeches starting at around 46 minutes, after the Mariachi performance: