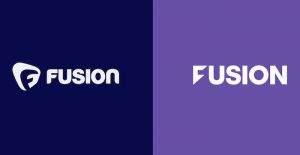 Fusion has just completed a “brand refresh.” But just days after unveiling a new logo and on-air look, the cable network that launched in 2013 and has gone through a series of cuts and changes in programming, has done another round of layoffs.

At least six producers and editors who worked on the investigative documentary series “The Naked Truth” lost their jobs.

A company spokesperson confirmed there were layoffs with the following statement:

“As we broaden the scope of programming on the network we’re making some changes, including how we produce our award-winning original documentaries. Impact programming is an important part of FUSION’s content mix and our in-house team plans to partner with a broader range of filmmakers, documentarians and investigative journalists moving forward–this will include producing more long-form investigative programming with the editorial teams across FMG.”

The Fusion rebrand debuted on January 25, and according to the company, it was rolled out in anticipation of its carriage expansion deal with Spectrum, which kicks off February 28.

The “guitar pick-shaped icon” has been replaced with what Fusion’s designers call the “F-Bolt,” but keeps purple as its primary brand color. Along with the new look, the network’s website has moved to a new URL, fusion.tv.

A source says the cuts were executed last Thursday, February 1. Univision’s news department also did a round of layoffs late last week.