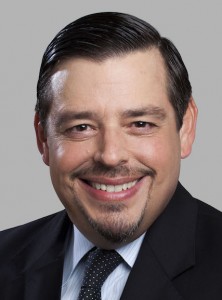 Nicolás J. Valls is the new General Manager of Miami’s WGEN – the first to lead it as an Estrella TV station since LBI Media bought it for $11 million in January.

WGEN is scheduled to start its run as Estrella TV network on March 1, 2018.

Valls previously worked for the now defunct MundoMax as SVP of Advertising Sales from 2015 until the network shut down in 2016.

WGEN was one of the last MundoMax affiliates to sign off the air. It went on to become an Azteca América affiliate until last year.

Before that, he was EVP of Advertising Sales for Hemisphere Media Group, overseeing national spot sales for WAPA Television and ad sales for WAPA America.

Valls also worked for Univision, where he spent more than 25 years in various sales and marketing roles, starting with the company when it was the Spanish International Network (SIN).