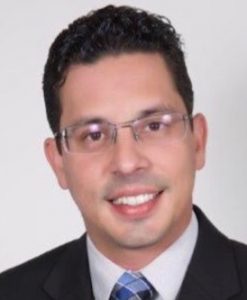 Miguelángel López is now VP of News at KTLM-40, the Telemundo O&O in McAllen. The promotion comes three years since he was upped to News Director.

Prior to his move to Texas, López was a Miami-based producer for Telemundo network.

He started his career with the company in 2006 as a news assistant in Puerto Rico. He later became a host and producer for “Día a Día” and “Al Rojo Vivo.”