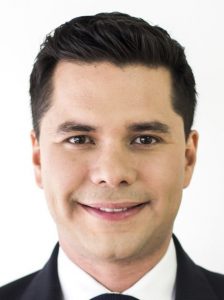 Luis Carlos Vélez has returned to his native Colombia, where he has been named News Director of RCN Radio’s La FM.

He’ll also be on the air weekday mornings from 5 to 10 am with “La FM con Luis Carlos Vélez,” starting Monday, February 26.

He’ll be dividing his time between Bogota and Miami.

Vélez previously spent two years at Telemundo, joining the company as EVP of Network News in 2015. He was moved from that role to the weekend anchor desk in March of 2016 and exited the company in August of last year.

Prior to Telemundo, Vélez was anchor and News Director at Caracol Television in Colombia.

Before that, he was an anchor and reporter for CNN International based in New York and an anchor for CNN en Español.