Edna Schmidt has died. She was 51.

Despite numerous posts by friends and colleagues on social media, there is currently no official cause of death. But multiple posts and reports indicate she died in Puerto Rico.

Schmidt was the founding co-anchor of Univision Chicago’s newscast. She worked in the Windy City 10 years before stepping up to Univision network, where she would become weekend anchor and later, move to the late weeknight newscast.

Univision fired her in 2011. She spent two years off the air until Telemundo Chicago hired her as an anchor but she was terminated just three months later.

In October 2014, she publicly spoke about her struggle with alcoholism, which cut her journalism career short, in a Univision Chicago news special. She also went on Univision network’s “Despierta América” to share her story and bring awareness about the difficulty in admitting and treating alcohol addiction.

Earlier this year, in an interview streamed on former Univision network co-worker Neida Sandoval’s YouTube channel, Schmidt spoke about her alcoholism and her last newscast. Sandoval removed it from the platform. In a Facebook message, she said she did so at Schmidt’s request, days prior to her death, because she felt she didn’t look her best in that interview.

According to Sandoval, Schmidt expressed a desire to return to work. 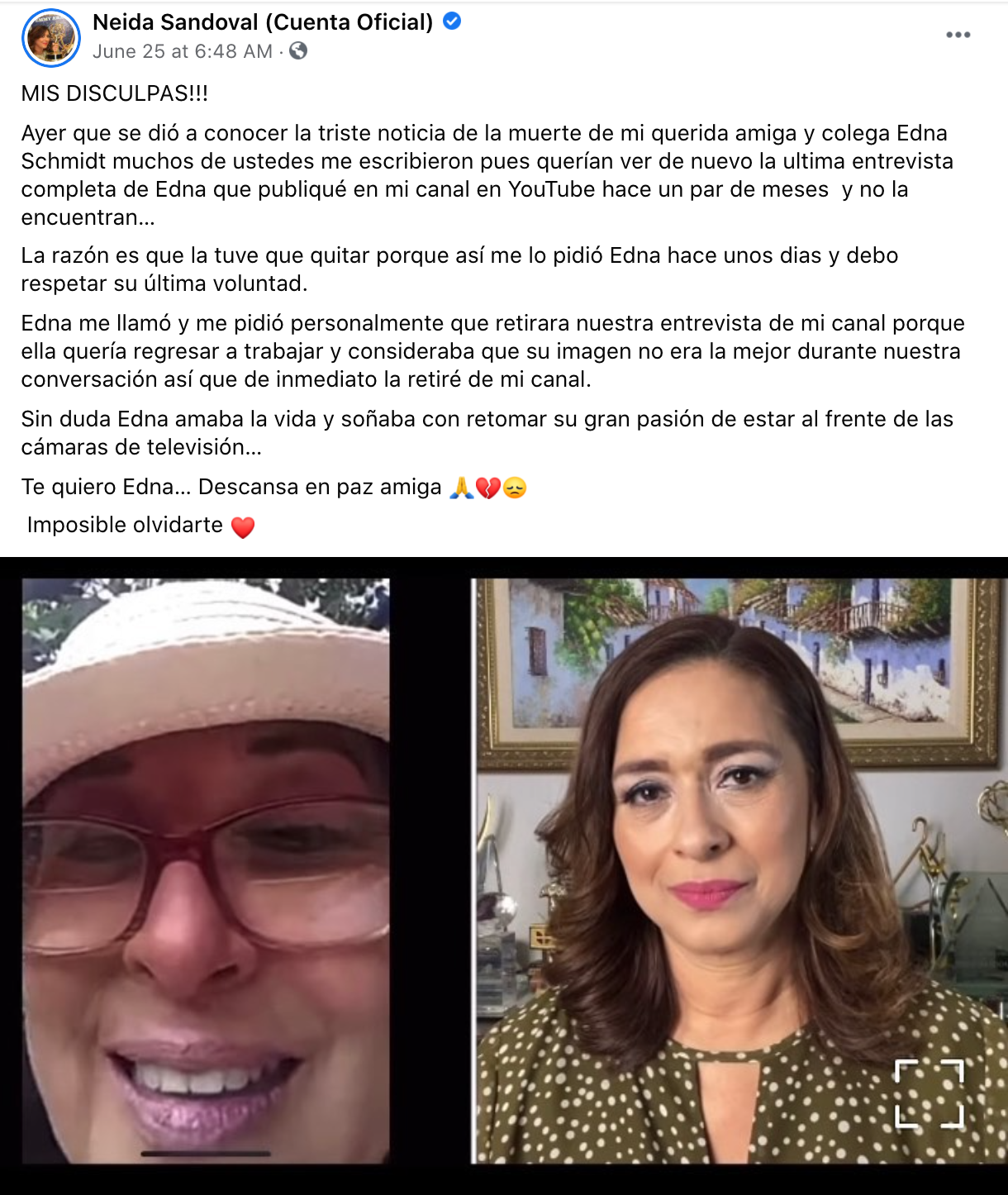