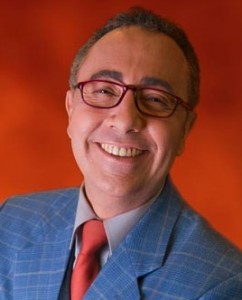 Fernando Arau returns to TV with his own show starting next week. The program will air at 6 pm Mon-Fri on KWHY-22 in Los Angeles. The first day is Sept. 16, Mexican independence day. The official announcement will be made later today.

According to his reps, the show aims to have live interaction with the public and will be rotating between studios in Miami and Los Angeles. While it will currently only air in L.A., they’re in talks to syndicate it in other stations around the country.

It has been more than a year and a half since Fernando was laid off from Univision, where he co-hosted “Despierta América.” Since then, he has been doing comedy shows around the country and launched an online daily show on his website called “Tenga Pa’ Que se Entretenga.”