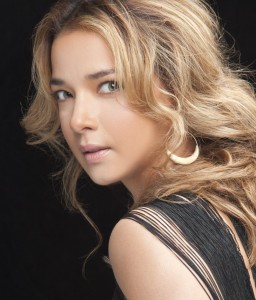 Telemundo is revamping its morning show “Levántate.”  Starting Monday, July 16, the weekday morning show will have a new on-air look, be renamed “Un Nuevo Día” (“A New Day”), and will welcome actress Adamari López as co-host.

The morning program also will feature a special appearance by comedian Pepe Suárez, recently hired by Telemundo as on-air talent and Executive Producer of Alternative Programming.

In her new role with Telemundo, Adamari will also promote content integration through special segments between “Un nuevo día” and the digital platform “iVillage Mujer de Hoy” as ambassador and host of the online destination.

Telemundo has tried unsuccessfully to produce a popular morning show throughout the years. The morning time slot has gone through a series of incarnations.

“Levántate” was launched in September of 2008 as a replacement for “Cada Día,” hosted by María Antonieta Collins. Her show was cancelled in May of 2008 after a 3-year run (the show debuted in October of 2005), due to terrible ratings. Initially produced and transmitted out of Telemundo’s Puerto Rico station, “Levántate” was revamped and moved back to Miami at the end of February of 2011.

Prior to María Antonieta’s arrival to Telemundo and the launch of her show, “De Mañanita” occupied the morning slot, which was a revamp of “Esta Mañana.”

For those who may remember, in 1993, Telemundo had a brief advantage over Univision in the mornings with “Primera Hora,” anchored by Denisse Oller and Claudia Córdova. At the time, Univision did not have a morning show.