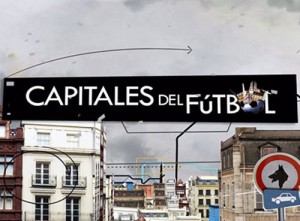 “Capitales del Fútbol,” premieres tomorrow on ESPN Deportes. The documentary series, which profiles the world’s most popular soccer cities will air every other Tuesday at 7:30 pm.

ESPN Deportes will air five episodes before the end of the year.  The first one will feature Barcelona, followed by  Bogotá, Manchester, Mexico City and São Paulo.

The series initially aired on ESPN across Latin America, becoming the network’s highest rated original series in the region with more than ten million viewers tuning in to date.