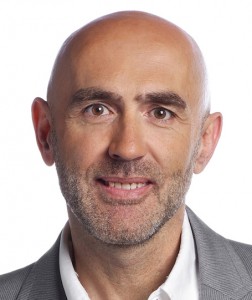 Next Sunday, February 16 at 8 pm ET, the network will premiere “Top Chef Estrellas,” a four-episode version of Bravo’s “Top Chef.”

This is the first time the “Top Chef” format crosses over to Spanish-language broadcast television.

Cubillo, who is responsible for identifying and developing variety and non-scripted programming for the network, says reality programming is evolving, and just now becoming more popular in Spanish-language broadcast television.

“Reality competitions generate emotion. People want to see and participate in who wins,” he says.“We’re continuously exploring our options to better satisfy our audience.”

Cubillo is testing the waters. His plan is to create a Sunday night back-to-back reality programming block that can compete with Univision. He’s also exploring alternatives for Saturday night programming.

“It’s about investments to win. We want to reduce the gap with our competitors,” he says about producing different formats and more original content.

“It’s definitely easier to work within the NBC umbrella,” he says. “But we’re also exploring other formats from outside the company. It’s about being smart and getting the best to attract a bigger audience.”

“Top Chef Estrellas” is produced by production house Magical Elves and shot in New Orleans in the same kitchen and with the same crew as the Bravo version. Telemundo puts a new twist on the franchise by featuring eight Hispanic celebrities competing to raise money for charity.