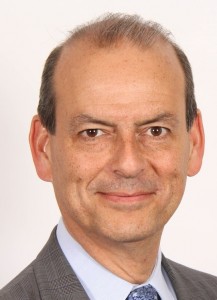 Jorge Mettey and MundoFox have parted ways. Mettey, named SVP of News in May of 2012 and who helped launch the Spanish-language Fox start up in August of that year, told staff via email that he was leaving the company, effective immediately.

In the meantime, Luis Hernández, hired in 2012 by Mettey as his Executive Producer, will be acting News Director.

In the email Mettey sent Friday, he thanked his employees, saying he was “proud of what Noticias MundoFox has accomplished” since the launch of the new network.

Below is Mettey’s farewell email:

After two years on the job, I have made the decision to leave my post as SVP/Noticias MundoFox effective immediately.  The news department is strong, the ratings are growing, and Noticias MundoFox is well on its way to continue changing the face of news in Spanish-language Television.

I am proud of what Noticias MundoFox has accomplished.  In less than three months in 2012, we launched a groundbreaking news operation focused on serving U.S. Hispanics.  Since that time, Noticias MundoFox has literally been around the world, live, producing compelling stories that were well-told and skillfully presented, and content that has made a difference.  Thank you to my Noticias team for your hard and dedicated work.

Fox and RCN are extraordinary companies.  It has been a privilege to have been involved with both of them through their partnership in MundoFox.  I will always cherish Hernan Lopez and Mr. Ardila’s leadership and vision.

I’ll continue to be a viewer and a supporter, and wish you all the best. I have enjoyed working with each of you.  It has been a great experience.  I hope our paths will cross again.