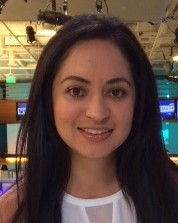 Jacqueline Ramírez has joined KMEX-34 in Los Angeles as Executive Producer. She replaces Moana Ramírez, who left the station to become News Director at the KWEX-41, the Univision O&O in San Antonio.
Prior to KMEX, Jacqueline spent 4 years at LBI Media’s Estrella TV where she produced the national newscast “Noticiero Estrella TV con Myrka Dellanos.”She started her broadcast career at KBFX /KBAK in Bakersfield in 2008 as producer. She was promoted two years later to Executive Producer for the morning show.