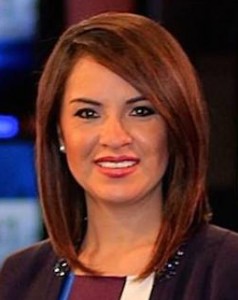 Anabel Monge is leaving her anchor job at Univision San Antonio to join “Noticiero Telemundo Chicago.” She’ll be co-anchoring the 5 and 10 pm newscasts alongside Alfonso Gutiérrez.

She officially starts with Telemundo on October 6, but there is no date set yet on when she’ll go on the air.

Anabel replaces Edna Schmidt, who was removed from the anchor desk in October of last year, after less than 3 months on the job. Since then, Alfonso has been the solo anchor of the newscast.

Anabel has spent the past 6 years at Univision 41 in San Antonio, most recently, as a weekday anchor/reporter. Before her move to Texas in 2008, she worked at Univision 19 in Sacramento and Univision 21 in Fresno as a general assignment reporter.