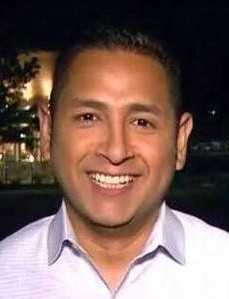 Hatzel Vela has moved back to his hometown of Miami for a job as a reporter for ABC affiliate WPLG. He started the new job on Tuesday, September 2.

Hatzel left WJLA, the ABC affiliate in Washington, D.C., where he had worked for the past 3 years, on August 22.

“It’s the center of the world. No where else will you find the kind of power and history you find in Washington,” Hatzel tells Media Moves. “As a reporter, you have access to organizations that do research on just about anything. It’s amazing to hear and learn from the best people in their fields.”

Despite enjoying his time in the nation’s capital, he says he couldn’t turn down the opportunity to go back to Miami.

“I’ve always wanted to work in my home town. The variety and types of stories that come out of South Florida always amaze me,” Hatzel tells Media Moves. “WPLG is a solid station. And I wanted to be close to family. After being away for almost 10 years, I thought it was time to come back home.”

Before working at WJLA, Hatzel spent 2 years as a multimedia journalist for the ABC affiliate in Phoenix. Before that, he was a reporter at WCSC-TV, the CBS affiliate in Charleston.