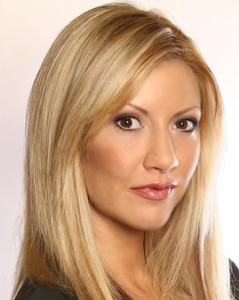 Her last day is Wednesday, November 26.

Carey, who is currently co-anchor of “Good Evening Arizona” at 9 and 10 pm and host of “Politics Unplugged,” has worked at the KTVK for the past 16 years.

She broke the news to her followers on Facebook on Wednesday night.

“I have some news. I am leaving 3TV. After many positive discussions with management, we were not able to reach an agreement on contract terms and so, the time has come to move on….3TV is the Independent station with a fighting spirit and deep dedication to the community. I could not have asked for a better place to work — alongside people I love and respect.”

Carey also thanked her “loyal viewers who have, quite literally, watched me grow up.”

Carey, who is the mother of 4-year old twins, says that for the first time in many years she looks “forward to taking a break and spending the holidays with my family. After that, I’m excited to see what the future holds.”