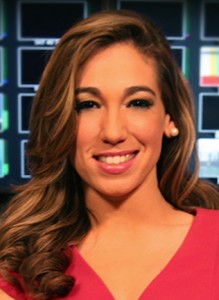 Her first day at KVDA is this Monday, January 12.

Arlena will join Alex Hernández, who previously was the sole anchor of the weekday newscasts at 4:30, 5 and 10 pm.

Arlena was most recently a reporter for the WLTV Univision 23 in Miami.