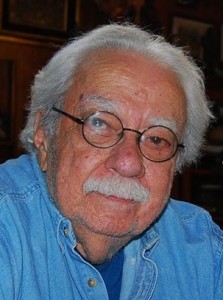 The legendary writer worked at the LAT for 38 years. He started there in 1972 as a Metro reporter, after spending 16 years as a reporter and columnist at the Oakland Tribune.

He become a columnist at the LAT in January of 1984.

After 25 years penning columns, the LAT laid him off during a downsizing in 2007. When readers protested, he was brought back, but the paper retired him and his column again in 2009.

A few months later he landed at the LA Daily News, where he remained a columnist until 2013. He went on to write for the website LA Observed until November of last year.

He was also the author of several books. Among them: “The Last City Room,” “City of Angles, a Drive-By Portrait of L.A.” and two books profiling Spanish-speaking Americans, “Rising Voices” in 1974 and “Rising Voices: A New Generation” in 1994.