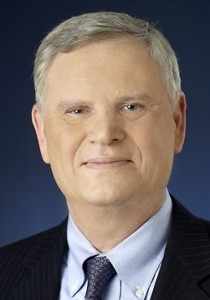 Randy Falco is staying put as President and CEO of Univision for three more years. Univision announced today it has extended the employment agreement through January 2018.

According to the company, under his leadership, UCI has transformed into a multimedia company, expanding its reach with 16 broadcast, cable and digital networks; 61 television stations and 67 radio stations.

Fusion, the Univision/ABC joint venture was also launched during his tenure. That effort included the creation of “Newsport,” a new facility that now houses Univision news and Fusion staffers.

While at the helm of Univision, the company created UVideos, a bilingual digital video network, introduced digital music service Uforia, and has made a strategic investment in El Rey network.

Falco joined Univision in January of 2011 as Executive Vice President and Chief Operating Officer and was promoted to President and CEO in June of that year.

Before Univision, Falco was Chairman and CEO of AOL, Inc. and spent more than 30 years at NBC Universal, culminating his career there as President and COO of NBC Universal Television Group.