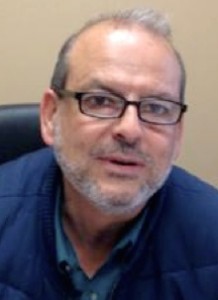 After spending seven months as a consultant for the company, Azteca América has officially hired Jorge Mettey as VP of News and Community Relations.

He’ll report directly to CEO Manuel Abud and will divide his time between his home base in Los Angeles and Mexico City, where the network’s main news operations are headquartered.

In his new role, Mettey will oversee the expansion of Azteca América’s news operations in the United States. He’ll also be in charge of strategy, planning and execution of short, medium and long term special community projects.

His appointment was made effective Monday, February 2.

The network currently has correspondents in Washington,D.C., Miami, Chicago and Dallas, in addition to a Los Angeles bureau staffed with two correspondents, producers and videographers.

During the first phase of expansion, to take place within the next two months, Azteca América will open bureaus with three person crews in San Antonio, Houston, Phoenix, Las Vegas and San Francisco.

Prior to joining Azteca América, Mettey was SVP of News at MundoFox, where he built the news division and launched the national newscast for the new Spanish-language network in 2012. He exited the network in May of 2014.

He previously spent 12 years as a news director for Univision Television group in Dallas, Phoenix and L.A.