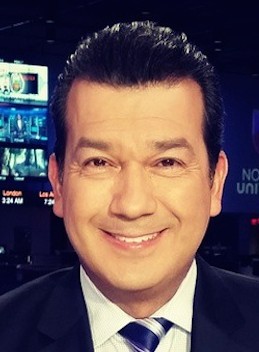 Univision’s WLTV-23 in Miami has decided not to renew Mario Andrés Moreno’s contract, which was up at the end of the month.

The station’s 11 pm weekday anchor was notified of the decision this afternoon, but was allowed to sit in for his final newscast tonight, giving him the chance to say farewell to his viewers.

An inside source says the station’s move to drop Mario Andrés coincides with his wife’s contract negotiations with Univision network.  He is married to “Primer Impacto” anchor Bárbara Bermudo.

Mario Andrés has been with Noticias 23 Univision for the past 16 years. He joined the news team as a reporter in 1999 and was promoted to weekend anchor, before landing the 11 pm weekday anchor slot.

No word yet on who will be immediately replacing him. But it’s more than likely that Ambrosio Hernández will take over in September when his non-compete clause allows him to go on the air at the Univision station.

Ambrosio, who left Telemundo 51 in March after almost 22 years, was hired by Univision 23 as a “chief anchor.” At the time of the announcement, speculation was that he would replace longtime anchor Guillermo Benites.