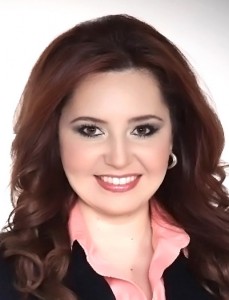 Marianela Aguirre starts a new job today at KGBT in Harlingen, TX. She has been hired to anchor and produce local news briefs for Azteca América in the Rio Grande Valley, airing on the station’s 4.2 channel.

The news briefs, which will air throughout the afternoon and primetime Monday to Friday, don’t have a definitive launch date yet, but are likely to start within the next two weeks.

Sinclair Broadcast Group, which owns KGBT, signed an affiliate agreement with Azteca América in May of 2015, but didn’t invest in Spanish-language local news at the station until now.

“The Rio Grande Valley is the 10th largest Hispanic market in the U.S and among the fastest growing markets in Texas,” Zoltan tells Media Moves. “When we launched Azteca America we felt it was also important to begin providing news and information for the large Spanish speaking and bilingual Hispanics here in the Valley as soon as possible. Bringing Marianela onboard brings us name recognition with someone well known in the market and to lay a foundation for any future plans for the station.”

Marianela previously spent 16 years at Entravision’s KNVO-48, the Univision affiliate in McAllen, TX, working in several capacities. She started as a reporter, before moving to the anchor desk. She was also anchor and news director from 2010 to 2014.