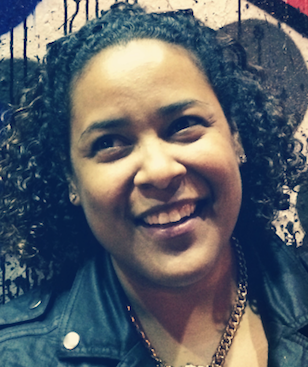 Dodai Stewart is taking over as Executive Editor of Fusion, effective today.

She replaces Hillary Frey who is leaving the company to join her husband in the just launched Matter Studios as a Co-Chief Creative Officer.

Stewart joined Fusion as Director of Culture Coverage at the end of 2014. She was previously Deputy Editor for Jezebel.

Frey will continue to work at Fusion part-time through the end of the year.

I have some important #congratulationsTwitter news for you this
morning. As we all know, Hillary is chasing her dream with Mark and Ev
Williams, and moving into a part-time role with us. So, we’ve been
putting together a plan to replace the several jobs worth of work that
she was doing for us.

I thought long and hard about bringing in someone from the outside,
but when I looked at the talent that we have in house, I just couldn’t
imagine that we’d find anyone better than the people we have here.

Our new executive editor will be Dodai Stewart. Everyone who knows
Dodai knows that she is a wise and fascinating mind, who has a
tremendous nose for a Fusion story. She will be working with me on the
site’s direction and strategy. (More info on our pop and culture
coverage coming very shortly!)

Geraldine Sealey, who is a tremendous story editor and has been
working with the sections on narrative development, is now officially
running the sections she was working with.

On the elections side, Rebekah Dryden will be running the show, and
reporting directly into me. She’s done a tremendous job executing on
our vision for our 2016 election coverage and we expect her to blossom
as the boss there.

Joyce Tang will continue as our indispensable managing editor and
Kevin Roose, obviously, remains news director and will be working
closely with Jigar’s people as we keep building out our news video
play.