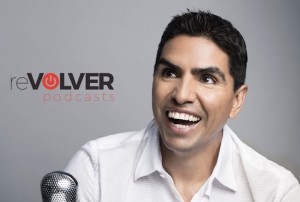 According to reVolver, “the move brings the 25 million podcast downloads Piolín’s show drove in its first year (March 2014-March 2015) to a highly engaged multicultural audience” and will provide another outlet for the radio DJ’s audience to connect with his established brand.

Piolín and Jack Hobbs, who launched reVolver in February of this year, both previously worked together at Univision Radio.