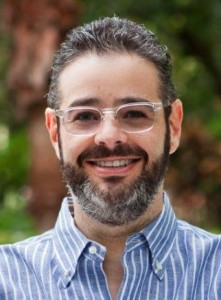 Isaac Lee is getting an expanded role and title at Univision, adding entertainment to his purview. The company today announced it has named him to the newly created position of Chief News, Entertainment & Digital Officer.

Until today’s appointment, Lee was Chief News and Digital Officer for Univision and Chief Executive Officer of Fusion.

In his new role, Lee will be responsible for Univision’s news, entertainment, and digital content across platforms, as well as the company’s music efforts.

He will continue to oversee Fusion Media Group, which includes Fusion and El Rey, as well as The Root, The Onion, A.V. Club, Clickhole, Flama, Univision Digital and Univision Music.

Univision is currently searching for a new President of Entertainment, a position that will report to Lee.

He will also continue to develop the newly launched development and production studio Storyhouse and work closely with Televisa.

Since joining Univision as President of News in December of 2010, Lee’s role has expanded several times within the company. He was named CEO of Fusion in October of 2013.

In February of 2015, the company added digital responsibilities to his role, appointing him UCI President of News & Digital and Fusion CEO. Later in the year, he was given oversight of the company’s Multicultural and Music division, naming him to the newly created position of Chief News and Digital Officer.