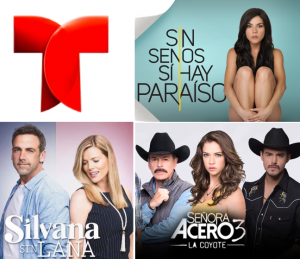 For the fourth consecutive week, Telemundo has scored a big ratings win over Univision. Bolstered by its popular super series and the financial support of NBC Universal, Telemundo ranked as the #1 Spanish-language network during Monday-Friday primetime among adults 18-49 and 18-34, according to Nielsen.

When Telemundo announced in July it beat Univision in primetime among key demos during an entire week for the first time in its history, many saw it as a fluke, while others saw it as a possible sign of change in the competitive Hispanic landscape.

The 3-hour finale of “El Señor de los Cielos,” along with the debut of three new super series, paved the way to the network’s historic ratings win in primetime during the entire week of July 18.

Telemundo also ranked #2 across all broadcast and cable networks regardless of language among adults 18-34, beating ABC, CBS, FOX and Univision during Monday through Friday 8-11 pm.