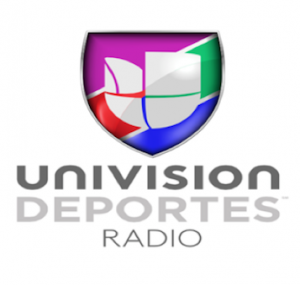 The company is building the sports radio network on existing Univision Radio stations.

At this moment, it is unclear if the company, which owns and operates 67 radio stations across the country, may choose to hold on and air any locally produced shows on sister stations in a particular market or via a digital platform.

There isn’t yet an exact launch date, but the company says the plans are to start the new programming in the first quarter of 2017.

Univision Radio, which is operating at a loss, according to its Q3 financial report, has undergone a series of changes and restructuring over the past two years.

Looking for a format that would lower costs, the company eliminated local programming and launched a nationally syndicated morning show in March of 2014. It was canceled in January of 2015.

Radio group President Jose Valle was pulled off the job in a company reorganization months later. A week after that announcement, Univision Radio canceled its AM talk shows and switched programming to music.

In January of this year, Univision hired Alejandro Nieto Molina to lead the company’s radio division, but he died of a heart attack after just one week on the job. Univision has yet to replace him.

Since then, Univision Radio, has slowly incorporated some local programming on a few stations.