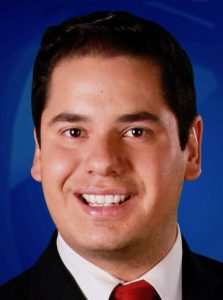 Diego Santiago steps into a new role at KTAZ Telemundo Phoenix. He has been named consumer investigative reporter for the station’s Telemundo Responde unit.

He replaces Víctor Hugo Rodríguez, who was promoted to  Telemundo network correspondent in Houston, leaving the station in November of last year.

Santiago joined Telemundo Phoenix in 2013 as a weekday sports anchor and MMJ. He previously worked as an anchor and producer at Univision Las Vegas and Univision Costa Central.