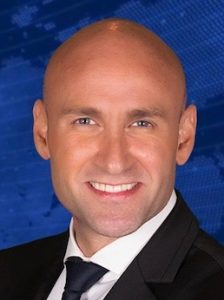 He takes over the position left vacant earlier this year after the forced departure of Andrés Angulo following sexual harassment complaints and lawsuits filed by former anchors Karla Amezola and Adriana Ruggiero, which are still pending.

Ferriz Hijar, who will continue his role as news anchor, will be responsible for the strategic planning and management of the network’s news division, as well as production of all news-related programing.

Prior to joining Estrella TV as anchor of its national newscast “Cierre de Edición” in February 2016, he was an anchor for Efekto TV and hosted a 3-hour nightly program on Poder México Radio.