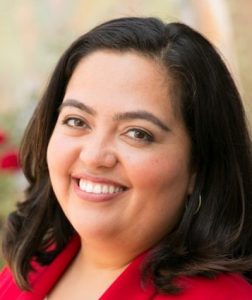 Today is the big day for journalist turned political candidate Wendy Carrillo. Voters from the northeast Los Angeles area will decide whether she’ll represent them in the California State Assembly.

Carrillo ran unsuccessfully for the congressional seat vacated by Xavier Becerra. She lost that race to Assemblyman Jimmy Gomez in June, but quickly jumped into her second political campaign in a year.

The former LA Power 106 FM radio host and anchor/producer of the now defunct start-up Reported.ly, which covered human rights, global conflict and social movements, has mobilized, pushing forward with a grass-roots campaign that even counts with the endorsement of her former congressional opponent.

Carrillo decided to enter politics after getting involved in the Standing Rock #NoDAPL movement and seeing the polarizing effect of the presidential election.

“I strongly believe that this is a moment in time when new voices and new leadership is boldly needed,” Carrillo told Media Moves at the time. “What we have known as ‘politics as usual’ or the same type of leaders that show up to the table, usually most of whom are men, [doesn’t] work anymore. The people are ready for something different.”

Carrillo emerged to take the lead from a pool of 13 candidates seeking to replace Assemblyman Gomez in a special election last October. She picked up 22.16% of the vote with Luis López coming in a close second with 18.59% in a low-turnout election. Only 10% of about 223,000 registered voters cast ballots.

It’s expected that today’s election will also have a kid turnout. But Carrillo has a good shot. According to the LA Times, she has received key endorsements from the state Democratic Party, the Los Angeles County Federation of Labor and the Democratic Legislative Women’s Caucus, in addition to Congressman Gomez, as seen on this Facebook live from this past Sunday: