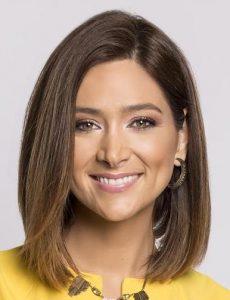 Felicidad Aveleyra will be the anchor of Telemundo network’s new weekday midday newscast.

Her appointment comes three days after the Telemundo officially announced the launch of the noon newscasts on the network and 10 local stations.

“Noticias Telemundo Mediodía” will debut on Monday, January 22 at 12:30 pm.

Aveleyra will leave “Noticias Telemundo Fin de Semana,” which she has co-anchored since joining the network in 2015.

During her two years on the weekend desk, she had three co-anchors: Edgardo Del Villar, Luis Vélez and currently, Julio Vaqueiro.

Vaqueiro will remain as solo anchor of the weekend newscast.

Prior to joining Telemundo network, Aveleyra was weekday news anchor for “Noticias Univisión 34” in Los Angeles.