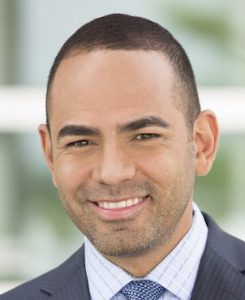 Carlos Zapata is moving up from weekends to weekdays at KXTX Telemundo Dallas. Starting Monday, January 22, he’ll be anchoring the station’s 4 pm newscast, alongside Teresa González.

His promotion comes as part of a realignment of on-air talent schedules due to the launch of Telemundo’s new midday newscast, which will debut the same day.

Zapata became weekend anchor in 2016, at the same time Ramón Díaz was named anchor for the launch of Telemundo 39’s 4 pm newscast.

He’ll replace Díaz, who moves once more to launch another newscast, this time at 11 am.

Zapata joined KXTX as a video journalist in 2013.