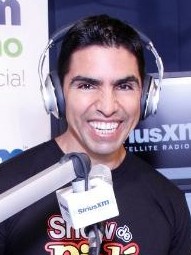 A judge has ordered Eddie “Piolín” Sotelo to pay more than $100,000 in legal fees for six former Univision Radio co-workers he sued in August of 2013.

That lawsuit, in which Piolín claimed that Domingo Rodrigo Ochoa, Tomás Alejandro Fernández, Samuel Heredia, Gerardo Palencia, Sergio Vera, Bertha “Betty” Velasco and their attorneys John C. Taylor and Robert R. Clayton had teamed up to blackmail him for almost $5 million, was thrown out in March of this year.

According to attorney John C. Taylor, during a hearing this past Tuesday, Judge Richard A. Stone ruled that Sotelo will have to pay for his clients’ attorney’s fees.

“Sotelo bullied these people, his former co-workers, when he worked with them at the radio station, and when he filed the meritless extortion suit,” Taylor told Media Moves.

“We will pursue this to the end to collect the money and any other legal actions for the staffers, who have the right to bring individual claims against Sotelo for malicious prosecution.”

Taylor says he expects Sotelo’s attorney, Jeffrey Spitz, to appeal the judge’s ruling on the attorney’s fees for the 6 former Univision Radio employees.

But that’s not all.  The attorneys representing Piolín’s former co-workers, John C. Taylor and Robert R. Clayton and their firm, Taylor & Ring, LLP, were also named in that extortion lawsuit, requiring them to seek legal representation as well.

Piolín will likely also have to pay those legal fees. The judge will make that determination in a hearing set for next month, but Taylor expects the judge will rule in their favor. He estimates those fees to be another $75,000 to 100,000.

Taylor says they’ll wait for the final outcome of any appeals, should they be filed, before deciding whether they will move forward with any malicious prosecution claims.

The Piolín saga started with his abrupt dismissal from Univision Radio in July of last year. A week later, claims of sexual harassment surfaced as the possible reason behind his hasty exit, after the LA Times uncovered that an internal complaint had been filed against Sotelo by Alberto “Beto” Cortez.

After that revelation, former co-worker Betty Velasco stepped forward to back Cortez’s harassment claims. Later that month, Sotelo filed an extortion lawsuit alleging his co-workers threatened to go public with additional allegations about behavior on his Univision Radio show “Piolín por la mañana,” if he didn’t pay them $4.9 million to keep quiet.

But Judge Stone determined that Piolín failed to prove his extortion claims would prevail during a trial, dismissing the suit and ruling that he could be liable for his ex co-workers’ legal fees, since they had to mount a defense to the suit.

In October of last year, Cortez, who wasn’t named in the suit, agreed to an interview with Media Moves to defend himself from Sotelo’s accusations. During that interview he said he never lied about what happened:

“I never spoke publicly about what Piolín did to me and to other people on the show.  I reported his actions to my employer, who investigated what I said, and later, for some reason, they canceled the show….Eddie Sotelo called me a traitor and a liar and that I conspired with others to make these accusations to seek money…. None of that is true…. Eddie Sotelo isn’t the person people know through radio and television.”

Since his departure from Univision Radio, Piolín landed his own show on satellite radio Sirius XM.

** This story was updated hours after its publication to include an interview with defense attorney John C. Taylor.