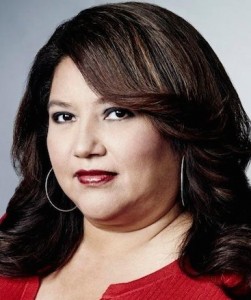 Weather anchor Mari Ramos is no longer with CNN. She was among the hundreds of people recentnly laid off from the network. She signed off from the air last Wednesday.

CNN announced it was slashing about 1,500 jobs nationwide as part of its restructuring of the company.

Mari had been with CNN since 1999, presenting weather segments on CNN Newsroom, News Stream, World Business Today and CNN International. She has also appeared on CNN, Headline News and CNN en Español.

Before joining CNN in 1999, Mari worked as an on-camera meteorologist and reporter for The Weather Channel Latin America.