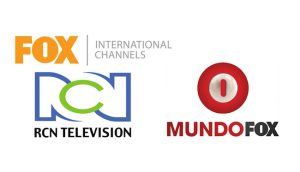 FOX International Channels and RCN Television Group (RCN)are parting ways. Both companies announced today they will no longer be partners in MundoFox, the joint-venture broadcast network they launched in 2012.

FIC has sold its entire interest, making RCN the sole owner of the Spanish language broadcast network. The financial terms of the deal were not disclosed.

During an interview in April of 2012, RCN president Gabriel Reyes told Media Moves that RCN would be contributing 50% to the partnership, in addition to content from the Colombian network’s catalog. He did not reveal the extent of RCN’s financial contribution, citing “information is protected by a confidentiality agreement.”

Since its inception, MundoFox has had a series of challenges, most notably, in securing nationwide distribution and finding a solid audience.

In 2014, the network also experienced a change in leadership. Founding network president Emiliano Saccone left and Ibra Morales replaced him.

A prepared statement from RCN states Morales will continue to lead the management team at MundoFox.

No word yet on how or if the new ownership will affect MundoFox’s personnel and programming. Stay tuned for more details…