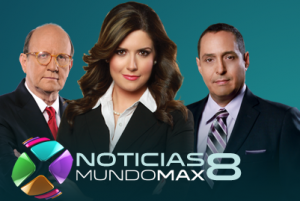 The last MundoMax station to have a local newscast has pulled the plug on its news operations. WGEN-TV, the Mundomax affiliate in Miami, aired its last newscast at 5 pm today. A source tells Media Moves about 25 to 30 news staffers are out of a job.

According to an inside source, management attributed the newscast cancellation and layoffs to “financial problems between main partners Caracol and RCN.”

WGEN-TV signed an affiliate agreement with MundoFox in 2012. But last year, RCN bought out its MundoFox joint venture partner Fox, rebranding the Spanish-language network to Mundomax.

According to sources, RCN had been negotiating a switch in Miami to Mega TV, but no deal was reached.

Rumors that MundoMax was pulling out of WGEN-TV were quashed this afternoon by network President Ibra Morales. He told Media Moves via email: “We just signed a new affiliate agreement.”

While he didn’t elaborate, another source stated that RCN renegotiated a substantially lower affiliate fee deal for MundoMax. That drop in revenue was blamed for the drastic cuts at WGEN-TV.

The MundoMax local newscast in Los Angeles’ KWHY-22 was cancelled in August of last year. KMCC-TV, the MundoMax affiliate in Las Vegas, shut down its news operations in November.