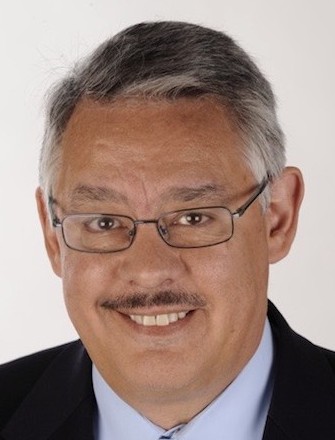 Award-winning columnist Juan González has decided to leave the New York Daily News after almost 29 years at the paper. He’s retiring from the Daily News to finish a book he’s working on and to take on a position as a professor of professional practice at the Rutgers University School of Communication and Information.

“I’ve always believed in term limits for politicians, and that should apply to columnists, too. Since I’m way over my limit, it’s time to do something new,” Juan tells Media Moves.

“Why leave now? I’ve got other long-form writing projects I want to pursue, and after 38 years in daily newspapers, I’m a little tired of the news cycle determining my hours and my life. I would also like to spend more time passing on what I’ve learned to a new generation. I was a visiting professor at Brooklyn College back around 2001 and 2002, and most recently as the Andres Bello Chair at New York University’s King Juan Carlos I of Spain Center, and have enjoyed those stints of teaching. But they were temporary appointments that I was able to do while still producing my columns.

Rutgers, on the other hand, made me an excellent offer. Their communications school was eager to provide me a more extended academic appointment, plus additional resources for programming.”

Juan won’t be leaving the media industry entirely. He’ll continue as a co-host of the radio and TV news show “Democracy Now” and “the Daily News has left the door open for me to contribute pieces whenever I choose. So It was a no-brainer to make the change,” he says.

His last day at the Daily News will be April 30.

His departure leave a complete void of high-profile Latino columnists at the paper. Albor Ruiz was laid off from the DN in 2013, and his freelance column eliminated in January of this year.

A former national President and one of the founders of the National Association of Hispanic Journalists, Juan is the author of multiple books, including “Harvest of Empire: A History of Latinos in America,” “American Media and Fallout: The Environmental Consequences of the World Trade Center Collapse,” and co-author with Joseph Torres of “News for All the People: The Epic Story of Race and the American Media.”

Before he entered journalism, he was a leader of the Young Lords, a militant civil rights organization of the late 1960s, and of the National Congress for Puerto Rican Rights in the 1970s.

About his next book, Juan says “it will chronicle how populist movements that surged after the Great Recession have captured control of City Halls in key American cities and are reshaping our national urban policies from the ground up.”

Juan Gonzalez has been an inspiration to each of us at some point in our careers. Some of us grew up in the NYC area and were compelled to become journalists after reading his unsparing investigative work. Some of us have stood shoulder to shoulder with him as he covered with unmatched grace and integrity, many of the most important or harrowing stories in this city’s history. All of us have witnessed his unflinching devotion to fact-based journalism as an agent of social good.

Juan’s accomplishments are too long to list here, but a few must be noted:

*He won his first George Polk Award for commentary in 1998.

*In the wake of 9/11, as the country rallied around the rescue and recovery efforts, Juan was the first and lone voice calling out the cover up of the health hazards at Ground Zero. His courage to stand in the face of both local and national political power was unmatched. And his reporting, as history has shown, was dead-on.

*His investigation into the 2006 shooting of Sean Bell helped disrupt the NYPD’s narrative of the incident and led to a more complete telling of the facts while shedding light on institutional misdeeds in the police department that still resonates.

*In 2010, he exposed corruption surrounding the CityTime project, a computerized payroll system boondoggle. His reporting led to four federal fraud indictments. He won his second Polk Award for these columns.

Just one of these stories is enough to cement a journalist’s career. Having them all – and countless others – makes you a legend. And that’s what Juan Gonzalez is: a legend who set his powerful, intelligent, compassionate voice on a 29-year course at the Daily News, standing up to every bully that came his way in his relentless assault on injustice. Significantly, at great risk to his career, the bullies he took on included the soulless Tribune Company corporate executives who drove the Daily News into bankruptcy.

A man of untiring energy, Juan and a co-author also published a seminal book, “News for All the People: The Epic Story of Race and the American Media.”

The magnitude of Juan’s work and importance to this newspaper and this city cannot be overstated. Which is why it is difficult for me to tell you that he has decided to take a half step into “retirement” and will be leaving us as a full-time columnist at the end of April.

I place quotes around the word “retirement” because Juan will still write for us from time to time as he embarks on his new job as a journalism professor at Rutgers University. He will also be completing an upcoming book, while embarking on other similar projects as they arise.

Not bad for a one-time Young Lord.

Please join me in letting Juan know how much we appreciate him, and more importantly, how much we will miss him. There will never be another like him, and it has been an honor to share the same newsroom with him.