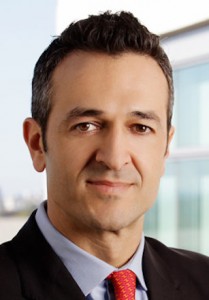 Fox has eliminated its Fox International Channels unit, prompting the exit of Hernán López, who had been its CEO since 2011.

As part of the company’s overhaul of the international division, it has divided the over 350 channels into 3 regional hubs in Europe, Latin America and Asia.

López joined Fox in 1997 as a marketing executive. Three years later, he was named President and General Manager of Fox Latin American Channel.

He engineered Fox’s partnership with Colombia’s RCN to launch MundoFox in 2012. But the new Spanish-language network struggled with distribution in top Hispanic markets – particularly New York and Miami, where an initial deal with América TeVe went sour, ending up in a lawsuit.

Slighty less than two years after MundoFox’s debut – in July of las year, RCN bought out Fox’s stake in the venture, renaming the network MundoMax.

According to Variety, López has indicated he is “preparing to launch a new venture in the near future.”